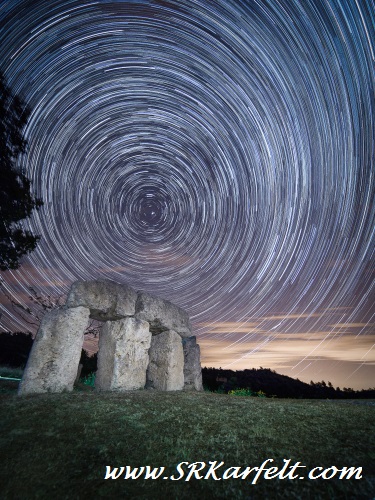 Could there be a happy ending?

After twenty years of living with chronic vertigo, I found something that can potentially stop an attack and I'm not trying to sell you anything. It just took me this long to find someone who could help me. My symptoms are random bouts of extreme vertigo and regular days ranging from slightly off-balance to not driving because of it.

There are degrees and categories of dizzy

There are variations of dizzy. I'm basing this entirely on living inside this fun house of a body for the past twenty years. I'm not a doctor or a medical professional. I'm just some dizzy chick who's had this for twenty years. There were times I'd try to squint to focus on something that seemed to be moving when I knew it wasn't. Sometimes I'd be walking and stop and my head would feel like it bounced on ahead without me. I'd turn and my head would feel like it kept right on turning. You can have a swimming feeling in your head. A bouncing feeling in your feet. A spinning room that makes it impossible even to walk. There were times I'd wake up spinning and swooping.

For the past twenty years I've not watched the news (silver lining?). All that scrolling and busy screens make vertigo worse. Smart phones helped because for whatever reason the little phone screen doesn't bother me as much. I've written entire novels on my phone (I think I may have damaged my thumbs doing that), and I watch movies on it all the time. Sometimes I don't look at the screen much, but it's worked when regular televisions and monitors couldn't.

After the first five years or so of searching for a diagnosis or cure, of running from doctor to doctor, I admittedly gave up on finding any help. Desperation and frustration made me set out to learn to live with chronic vertigo. It's not an easy thing to live with. Giving up was simply what I had to do to survive. I don't do well with meds and had more problems with side-effects than living with chronic dizziness—that is saying something. I'd had MRI's and CT's, seen neurologists and any specialist I could get a referral to (and some I self-referred myself to). My prescription med side effects included tachycardia, lots of skin conditions, being misdiagnosed with pheochromocytoma from a migraine preventative, and various bouts of instant depression whenever I could be coerced into taking a new and improved SSRI for depression that I didn't have (until the third day of taking an SSRI gave it to me).

The biggest medical side effect was lost trust

I didn't walk into the first doctor's office apprehensive. In time I definitely became that way. That's why I have to accept that part of the reason that my vertigo has gone on so long is because I quit trusting that there was a doctor that could help me.
There's a bottomless frustration bordering on despair that comes when you realize that doctors aren't listening to you. It happens after you've gone from physician to physician and when you begin to explain why you're there, what's happening, you once again get interrupted with someone finishing your sentences, asking if you've been depressed and if you've tried this or that anti-depressant?
When it comes to reading people, I have a gift. I can see when I've lost someone's interest, when they don't have time for this, when they think they understand and they're going to brush me off. I realize doctors don't have much time for complex problems. I didn't realize that at first. I didn't realize I was a complex problem. In hindsight I don't think I was.

The end result was that after years of frustration and unable to garner any medical attention for a condition that got worse with "help", I moved on. You see, I wanted to live. If it had to be with vertigo, it was better than an ambulance ride and a thundering heart or even another doctor who thought I was a hypochondriac or a "hot-house flower".

If you've been around The Glitter Globe for years, you know I've occasionally written about my vertigo. In fact, I call this blog The Glitter Globe because of my vertigo. I've often said if you took my brain and set it afloat inside a Glitter Globe, that's what vertigo feels like. Having vertigo can make focus challenging. It's like bobbing/spinning/drifting between realities. There's the nice stable reality most people get to live in, and the half-crazy Fun House one where my vertigo has me flitting between was that real or was that me?

A few months ago when I was having a bad round of vertigo, I managed to get myself down the hall to my office. I have a nice comfy corduroy chair that I sit in. I put my feet up and don't move my head. Eventually the spinning slows. That night I searched online for books about vertigo. Since my vertigo started with six months of cluster migraine back in 2001, I've always figured what I had was Vestibular Migraine. I found a book that encouraged me to explore other options too. That's why I looked at BPPV.

My doctor referred me to a Physical Therapist with MSPT, DPT, and certified VRT after her name. If you have vertigo, it's the certified VRT that you need to find. It's a doctor with specialized training for Vestibular Rehab Therapy that you need. With vertigo it's doubtful you'll get the help you need with a doctor who doesn't have the training or experience you need.

Going to see this doctor I was nervous. I've been Epley Maneuvered many times in the past. It made my vertigo so much worse. I hated when doctors started talking about it. Eventually I refused to allow them to try it. When I wound up with vertigo in Greece a couple months ago, a friend who's a doctor said something to me that I needed to hear. She said, what you're describing sounds like BPPV, but don't just go to the doctor on the island for the maneuver. If a doctor doesn't do it all the time and doesn't really understand how to—they can make it a lot worse.

There's no crime in not knowing how to fix something. The crime is in faking it and hurting someone

My doctor friend is one of my favorite people. When I was trying to help Gummy through her dementia, she gave me great advice and I've respected her ever since. She often tells me that when it came to medicine she'd check her advice by asking herself, what if I'm wrong? As in if I'm wrong will this patient potentially die because of my advice? Or in my case, will this patient spend the next twenty years spinning? In a world where we can Google anything and talk about it like we know what we're talking about, we're all guilty of this.

Unfortunately people have a tendency to believe doctors. At least at first

When I saw the VRT specialist I listened to her explain what we were going to do. In my head I was thinking, well, here we go. Spin City. Why did I agree to this? I was thinking who I could call for a ride home. And that maybe next spring I could fly down and stay with my friend in Texas to go see that Vestibular Migraine doctor down there. Maybe COVID won't be as bad then. At this point I was guilty of not trusting anymore.

Dr. VRT as we'll call her, had me sit on the table, legs straight out in front of me. She took my glasses and held my head in her hands and watched my eyes very closely and explained exactly how she'd drop me back, let my head dangle a bit off the table but be holding it and watching my eyes. Don't worry, she said, I've got you. Even if you throw up it's okay. I'm used to that. It happens all the time. Then she dropped me back flat, head turned towards her, and dangling off the table, watching my eyes. I couldn't focus on her then. I couldn't focus on anything. I was spinning.

After a few more maneuvers she said, you definitely have BPPV. It's on your left side. I'm going to take you through the Epley Maneuver. There are three loops that make up your vestibular system in each ear. They're so small that they're no larger than the nail on your pinky finger. There are crystals inside of those tubes that can come loose causing vertigo. This exercise moves them into a place where they won't bother you.

As we went through the movements, occasionally she'd kind of shake my head the way you would when you've trying to get the last of something out of a container. It never hurt. It was disorienting. But I'm used to that. What's weird is that when I left I wasn't spinning, and everything seemed straighter. Like the horizon, buildings, my house. For so long I've walked around seeing the world through a damaged lens, that seeing it straight felt off and weird. Like when you're nearsighted and you first get glasses.

Of course nothing is that simple. I've now had six weeks of treatments with daily exercises in between and I needed all of it. I wound up having BPPV in both ears and it showed up not long into my treatment. It makes it more complicated to correct because the maneuver on one side can trigger a problem to occur in the other. That's why, as amazing as the internet is, as incredible as it is to get information from YouTube, the odds of fixing something like this yourself seems about nil to me. Just like every doctor who attempted this on me over the years made it worse, winging it yourself can make it worse. There's a real knack to it and you need to find someone who has it. Someone who knows what they're doing. I can attest to the fact that it's not easy to find someone to help with dizziness. But if you have vertigo, don't wait twenty years to start searching for a doctor who specializes in Vestibular Rehab Therapy, VRT.

Am I perfectly stable without a wobble now? I can't say that yet, but I can say that I'm about 80% less dizzy. Now I'm working on teaching my brain that unpredictable movement isn't a cause for alarm. I'll explore the difficulties of long-term vertigo recovery in My Dizzy Dizzy Life, Part III, coming soon. Sign up for notifications (over on the right hand column, you may have to scroll down to find it) if you don't want to miss it.

My Dizzy Dizzy Life, Part I

Vestibular Migraine is the Devil