Why Didn't They Leave, an Immigration Story by Eva Hnizdo 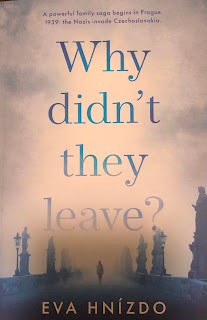 You can’t ask for asylum in another country just because your mother drives you nuts, so when 19-year-old Zuzana flees from communist Czechoslovakia to England in 1972, she says she just wants freedom. Her relationship with her mother, Magda—a Holocaust survivor who lost most of her family in the concentration camps—is toxic and Zuzana finds happiness in London with a loving husband and beautiful son.

But when her mother dies, Zuzana is crushed by guilt and feels an overwhelming urge to discover more about her family’s tragic history. So, she embarks on a life-changing journey, discovers some incredible stories and tries to answer the question which haunts her: Why didn’t they leave?

Why Didn't They Leave? by Eva Hnizdo tells the epic story of a Czech family from the point of view of Magda and her daughter Zuzana, moving between the two women and covering most of their lives.Magda in the 1930’s is a willful somewhat spoiled child living in a beautiful home in Prague. Her mother Franzi is a cultured woman and her grandmother Olga is a steel-willed Matriarch used to getting her own way.They’re wealthy and the family is educated, close, and enjoys a privileged lifestyle. They’re Jewish but agnostic and celebrate Christmas with roast pork and have no discernible religious beliefs.There are rumblings of trouble in Europe but family matriarch Olga dismisses it and even though the opportunity to leave and emigrate to the United States comes their way—enough so that much of the family could go—only a few go against grandmother Olga’s command and leave.Though the family barely considers themselves Jewish, in fact some are married to Christians and even a German, it’s enough Jewishness for the Nazi’s. They’re sent to camps, most of the men die, in fact most of the family dies. (I heard the author speak in an interview with the BBC about this book and her family history upon which this story is based. She made an intriguing statement that how we see ourselves is important, but how others see us too is also important. That really stayed with me.)Those that survive in this story are changed forever. Magda at age eighteen returns from a camp determined to put it behind her, she finishes school quickly and becomes a pharmacist. She trusts no one and is damaged by what she endured. Her mother Franzi too survives but decides the worst in life is behind her and focuses on the good. Olga too managed to survive but with the knowledge that her family died because of her demands.The Nazis confiscated much of their wealth but some things were saved by non-Jewish friends.Magda marries and has a daughter Zuzana. Zuzana doesn’t even know her family is Jewish because Magda like many survivors of the Holocaust decides the safest way to ensure future survival is to leave every last hint of their Jewishness behind them so she hides everything from her daughter.Zuzana knows only that her mother is demanding and impossible. Prague and Czechoslovakia are then invaded by Russia and becomes communist. So the surviving family goes from Nazis to Communism.Zuzana slowly learns her family’s truth though her mother shares nothing. When grandmother Franzi dies, Magda has the funeral behind Zuzana’s back.Magda manages to secure state permission for a trip to Paris and Zuzana takes her first opportunity to escape to London and never return, determined not to make the same mistakes as her family.Zuzana is pragmatic and open to new cultures and races, surprisingly unlike her mother Magda who is still living in survival mode. Zuzana escapes communism to the west. She marries a black man whose family immigrated from Grenada. Slowly over the years Zuzana pieces together her family story. It’s a fascinating tale and an education for many Americans whose own families escaped many of the horrors of the Second World War—and the ensuing political problems of the decades following even to now.This book is important and worth your time and effort. It’s amazing how much of this history is repeating itself even today. 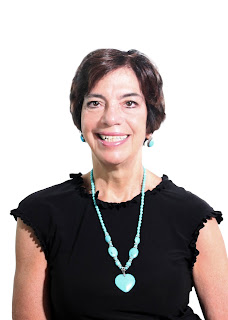 Eva Hnizdo
Eva Hnizdo escaped communism when Russia had taken control of what is now the Czech Republic. She says that whenever her Jewish family had thought about immigrating from a place and hadn't, it had been a grave mistake. Many of her relatives didn't survive the Holocaust. Most of those that did wound up spending their lives under an oppressive communist regime when the country then known as Czechoslovakia fell under Russian rule.
Eva studied medicine at Charles University and became a doctor. She was a refugee and obtained political asylum in the UK in 1986. She worked in the same surgery in Watford for twenty-three years before retiring. She says during the almost forty years she worked as a doctor, she had the privilege of seeing into her patients' lives, their problems, and their solutions to those problems. She feels it isn't a coincidence that many writers are medical doctors, saying they have many stories to tell and spends her retirement writing.