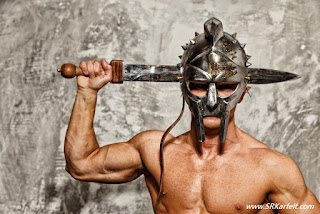 It's not like it's getting to me (it is), the whole COVID-19 Coronavirus thing. I'm in the current epicenter, but I'm deep in the forests of the shire. It's far from New York City. It's a nice place to be on lock-down, if you have to be on lock-down. I can get Instacart here, so I don't have to venture far very often. Plus, I write, so I can do that from home no worries—except I'm deep into rereading the entire Harry Potter series and not writing a thing.

Escapism, just do it. Fantasy has never been more crucial than now.


My other big stress reducer has been yoga. I'm not very good at it. In fact the only pose I know I can do properly is the Corpse Pose. It's what it sounds like, sprawling flat on your back and not moving. I do that pose a lot. Sometimes I do it for half of my allotted yoga time.

Whatever works for you.

For the first time in weeks the sun has shone here in the shire. I spent hours outside. Most of it was spent dragging dead tree limbs out of my yard and throwing them into the woods. At some point I wondered why all those tree limbs were in my yard. There's always some in the spring, but this was a bit absurd. I noticed that the bark was falling off a good many of the trees. It lay in strips around the base. I asked google, wtf is up with my trees? Google said, they have a fatal Ash Tree problem. They'll need to be cut down. Your Elm Trees are goners too. Sucks to be you. There goes my personal backyard forest. It's like Sauron going through the shire at the end of The Lord of the Rings series (in the books, they skipped that part in the movie) and killing all the green things.

After realizing my trees are dead, I got a cold drink and sat outside looking at my doomed woods. That's when I realized that about a trillion little black bugs were crawling all over me. I took it well (totally freaked, all I can say is that I didn't light myself on fire, but I did consider it).

It's always the little things that break you.


You know how you think you're handling things just great/not so terribly? You may even have been cleaning and organizing your house with all this extra time on your hands? Then you walk into the bathroom in the middle of the night and there's a FREAKING cockroach in there? So you calmly think, well, I've been cleaning so much that's how you get cockroaches (I've always suspected this). Anyway, you're a together person so you pick up a bottle of shampoo and slam it down onto said roach so hard that:

At least it's spring, nice and early thanks to climate change.

The thing is, spring hates you. Every year spring has tried to kill you. You can't breathe in the spring. You sneeze into your elbow all day and at night you try not to drown in your own sludge, and there are no tissues left to be had in the world. BUT, Wegmans has allergy eyedrops so you can at least stop scratching the eyes out of your head.

You order them on Instacart. It's popular now so you have to wait a couple days for delivery. That's no sacrifice, I mean big deal boo hoo, you have to wait for your groceries. That's such a first world pandemic problem. You are not allowed to bitch about it. Wow, do you look forward to those eyedrops arriving though. Yay, Instacart, because they end up coming an entire day earlier than expected!

That's when it happens.

I'd ordered the tiny multi-pack of eyedrops. That way I could have an extra for my office. Life is so good. I made myself put the groceries away first. My husband helped. He's the best, even though he was doing it all wrong. I mansplained the proper way to unpack groceries in the time of a pandemic to him. (If you think a woman can't mansplain, well, I beg to differ and I think he'd back me up on this one.) He didn't hold this against me when I later found where he was hiding and asked for his assistance in getting my eyedrops open.

Keep in mind that I'd already been at it for a good twenty minutes, including using pliers and getting on google. Google is a know-it-all BFF sometimes. This time google said, here's the reviews from tons of other people who can't get it open either, stupid. Those reviews said things like, "it can't be done" and "good luck with that".

My long-suffering husband stopped what he was doing to help. This is a guy who does NOTHING half-assed. If he's going to close a bottle or jar he's going to close it like a freaking OLYMPIAN. That means he can also open them with no effort. It's both embarrassing and helpful when he uses two fingers to easily open a bottle I can't and pats me on the head. (I'm joking about the pat, but he might try it if he didn't know he could lose a finger.)

My Kahtar-like husband couldn't get it open either!

That's when I got the other bottle of eyedrops. After having gone at the first bottle with pliers and my personal terminator, the cap was striped and not going to open without a saw. I was thinking about a saw, but decided to try the other bottle first. Same thing. Rinse and repeat.

By now I was saying all the words. Hubby had disapparated or gotten his invisibility cloak out (Harry Potter reference). Something like that. For some reason he vanishes when I start saying all the words. I slunk off to my office and was mad for a minute. Then I looked at those bottles and thought, like hell dammit. I went back out, got my hammer—yeah, just like Thor—and I went out back on the stoop and beat the ever-loving IF YOU SEE KAY out of it.

When liquid started splashing onto the concrete stoop, I knew I HAD WON. HAH! The cap came right off. No worries. If you need help opening your Opcon-A Bausch + Lomb eyedrops, be sure to rotate the bottle as you beat the hell out of the lid with a hammer. The plastic is mallable and won't give, you're flattening whatever is holding it down on the inside of the cap.

It was annoying, but rather satisfying to hammer that cap off.

Email ThisBlogThis!Share to TwitterShare to FacebookShare to Pinterest
Labels: coping, coronavirus, COVID 19, escapism, funny, help, how do you open a bottle of eye drops, opcon a eye drops, real life