Nothing Normal to See Here—Life in the Time of Coronavirus 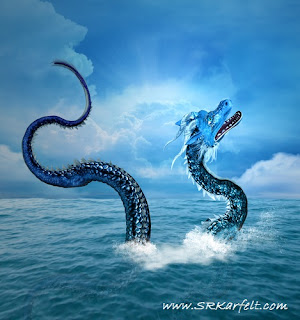 My eye has been twitching for two weeks now. How's yours? Today I left my cellphone on the charger and I'm not looking at it or the news. Unplugging has become mandatory. I'm on lock-down here in the shire. This is week number three. I'm in as good of a position as anyone can be. I live deep in the forest. There are places to walk where I don't see anyone else. But I am living in the epicenter. The shire is in New York.

During the first week of lock-down I cleaned more than usual. I ordered stuff on Amazon so I could organize my life. I had grand plans. I bought the stuff and WAXED MY OWN ARMPITS. Don't do that. I destroyed a bathroom. The wax got rock hard. I couldn't yank it back off. I mean you only have one hand, the other is in the air with wax under it. It's an angle thing, not to mention the fear factor. I chased my husband down. Help. He's great and very scientific no matter what weird thing I throw in his path. But he didn't want to hurt me so he pulled it off nice and slow. Yeah, ouch.

It's been a big writer thing that an NPR article promoted a National Emergency Library offering free ebooks. Isn't that nice of them? Writers everywhere were like, er, did you just pirate all of my books and give them away? Free stuff is great and I'm all for free stuff. My books are available at the library. The difference being that the library buys your books to give them away. This story is the tip of the iceberg on why so many writers/artists give up. This is why I've known authors with multiple books on the New York Times bestseller list who sell Plexus on the side or quit to take a job at Office Max. We have bills too. Though I looked over the list and was like, WHAT? Why aren't my books on here? They're on all the top pirated sites! What am I? Chopped liver? 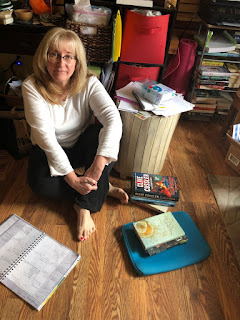 Nothing makes sense right now, but I have found a few things that have helped. Instacart is epic for having your groceries delivered right to your home. It makes life easier and I tip the shopper big for working through this tough time. They definitely have earned hazard pay. I am reading, not the piles of non-fiction I have waiting, but I'm rereading Harry Potter. I didn't download it for free. I dragged out the copies my kids read. I'm on the Order of the Phoenix now. These old Scholastic copies sure did not stand the test of time! The softcovers are yellowed and brittle and the spines on the hardcovers have fallen apart. It doesn't matter much, they're still full of magic and escapism.

I'm doing yoga and working out lightly. My energy level is too low for much else. So I'm allowing myself to do what I can and let everything else go. I'm rereading the unpublished fourth and fifth FOREVER, The Constantine's Secret. It is available in softcover and ebook.
Covenant Keeper books I've written. Eventually I'll clean them up and move the big slow wheels along to get them to you. I love that some of you have asked about them. I've not forgotten. I know exactly what Kahtar is up to at all times. I've tried to shove him to the back of my mind as I worked on a big Alzehimer's project the past months. Now that project is on hold due to the virus. It's easier to spend time with Kahtar now anyway, rather than Alzheimer's, so once more I've turned my writer energy to that world. The third book is out if you haven't read that one.

I hope you've found something that helps you endure, and that you're not putting too much pressure on yourself. This pandemic is traumatic. Be nice to you, and each other.