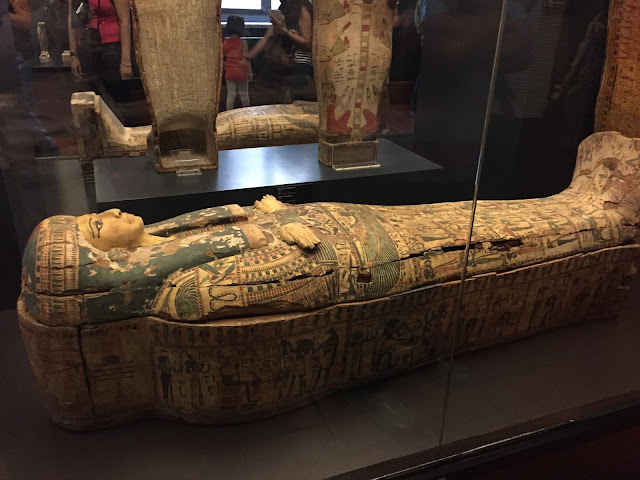 Poppy raises her eyebrows until they disappear under her bangs. “You love her?”
I half-shake my head, half-shrug. “I don’t know that I ever loved Dorcas. Maybe the idea of her. You’ve seen her dark side tonight, but I’ve seen it since we married.”
“Why did you stay?”
“For political reasons when we were alive. Then we had children. Then we were dead.” I shrug again.
“You have children?”
“No. They died. It’s been many years.”
“Oh, I’m sorry. But, Drake, I don’t understand why you don’t leave now. You said yourself she’s insane.”
“I don’t suppose you could understand.”

“I understand abusive relationships,” says Poppy, “I was raised in one. You have to leave Dorcas.”
“It’s not like in your world.”
“We live in the same world, Drake.”
That makes me laugh. “No we don’t. You’ll live to be ninety-eight or so. Most of your loved ones will die, but likely not your children or all your friends. I’ve been alive for centuries. I have no friends or family. Only Dorcas knows my history, or what this undead existence is like.”
“Does she really though?”
“As close as it gets. Without her I’d have no one—forever.”

I’m afraid Poppy is going to say something ridiculous like I do too have someone—her. If she does I’ll take time from her until she faints. Sometimes when I’m with a living woman, I talk. It’s easy. They won’t remember. This is different. In less than a half hour Poppy knows more about me than anyone.
Why am I telling her so much?
Why doesn’t glamor work on her?
What if she remembers?
The last thought thrills me. Poppy kisses my cheek. “It doesn’t matter how long you have someone. You had them.”

“You don’t know how long a thousand years is.”
The outside door to the church opens. I sense rather than hear two men enter and press a finger against Poppy’s lips.
If they see Dorcas, I’ll have to hunt them down. Motioning Poppy to stay, I open the door.
“Gentlemen?”
They’re young and don’t belong in here at midnight. I’ve surprised them, but they approach with the confident swagger of two to one.
“Wot? Jack selling poppin’ Poppy tickets?”
“Excuse me?” Poppy marches into the sanctuary, dodging the dusty form of Dorcas in the dark. “What the hell does that mean?”

The Egyptian photograph above was taken at the Vatican in Italy. Ironic, no? It's a small world after all. I hope you've been enjoying Poppy and Drake's story. Let me know if you want more!