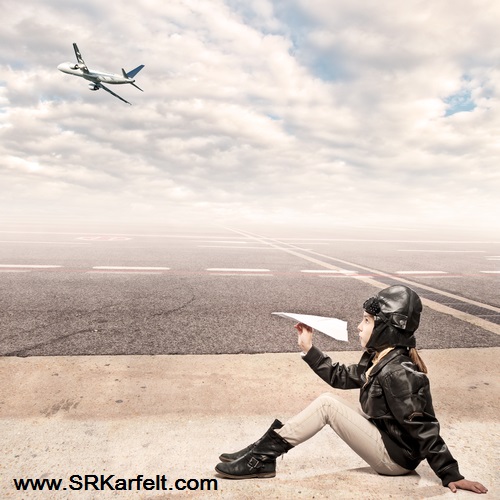 This time I was that annoying traveler. The one armed with bags of cough drops, nasal spray, and tissue.

There's no excuse for flying sick. I've just had more than one trip to London cancelled, and I decided there was no way in hell I was missing this one. Besides, I wasn't contagious.

Hubby had also caught the cold I'd been battling for a week. He drove me to the airport on his way to work.
"You're so annoying," I said. "You should stay home and rest!"
"Who's the one getting on an international flight right now?"
Touche.
"But I'm not contagious. I'm on antibiotics and I googled how to fly with an ear infection."
"Sure. Good luck with that."

He never interferes with my brilliant plans, and I try to grant him the same courtesy. We do, however, hit up the I told you so's later.

The night before I left, my ear infection still hurt. A friend suggested a trick she'd learned flying as a teen with a double ear infection. Now she's a Mama and renowned for her ability to magically soothes her kids' ear infections with this life hack.

Take a plastic cup and put a hot paper towel inside of it. I ran one under hot water and then nuked it in the microwave a few seconds. It was hot. I don't think it should have been that hot. Move your hair out of the way and place the plastic cup over your ear tightly. It takes the air pressure off of your eardrum says my mad scientist husband. Instant relief was all I knew.

I did it for a couple hours that night. My eardrum stopped hurting because it popped. Did it pop because of my cup hot paper towel magic? I don't know. So don't use this treatment without medical approval. I'm not a doctor. In fact use caution when taking any advice I may give you. I make shit up for a living. It's a writer thing. Keep that in mind.

All flights out of the shire require connections, so I had to fly for an entire day to arrive in London the next morning. Ear infections hurt like hell and damnation. I couldn't hold a cup over my ear the entire time. Won't kid you though, I did pack a plastic cup and paper towels in my carry-on. Just in case.

But I had googled how to fly with an ear infection. Mostly everything said DON'T DO IT STUPID, and WHAT IS MORE IMPORTANT, YOUR HEARING OR YOUR TRIP? Well, sorry I'm a cake and eat it too person, because my hearing and London were of equal importance.

So after seeing them mentioned online, I searched far and wide for ear plugs called Ear Planes. They have them on Amazon. I couldn't find them anywhere near me. They basically screw deep into your ear canal. You have to put them in before the plane door is closed, and leave them in until it opens upon arrival.

There wasn't time for Amazon to come through for me. But while questing the shire for them, I found another brand that also screw into your ears. The brand is called Mack's, and they worked just fine. They're not comfortable. Not that they're painful, they're soft plastic and well-made, but after a couple flights, one of which is about nine hours, you are dying to take them out of your ears.

For starters you can't hear shit. I will never again give friends crap who spent their wasted youth blasting out their ear drums with rock music. I never realized how awful it is not to be able to hear. I couldn't hear my seat mate ask for me to move so they could use the bathroom. I couldn't hear the flight attendant ask what I wanted to drink.

Not that I was completely deaf. You hear through the bones behind your ears too, but I couldn't quite make out the words spoken to me and misunderstood a lot. Would you like a cup of tea, my seat mate helpfully translated for me. I got up so he could pee.

I could hear the movies I played because I have headphones that cup over my ears. I turned the volume on full blast and could make them out just fine. But there were plenty of half-deaf moments when I was interrupted with questions I couldn't make out.

In London I met up with a friend who's a writer/doctor. Picking me up at Heathrow she said, You really are sick. But we didn't let it stop us from using every second to hit the sites, hike little villages and churchyards, and stay up until all hours talking books and philosophy and loving every moment of our time together.

You've probably noticed that the least sympathetic people on the planet are mostly in the medical profession. When my ear bled a couple of times she said in her delightful Natasha Eastern European accent, "Ear drums burst. They feel better when they do that. Your hearing will come back eventually."

It took a few weeks but it did. Temporary hearing loss definitely builds character. Plowing through an eternal cold to go visit London was the nicest thing I did to myself in the past month. If you want to see my amazing pictures, follow me on Instagram. I'm srkarfelt there. Currently I have 29,046 photos on my phone. I don't post them all. Just the good ones.

Sometimes you have to set your mind to endure. I have no regrets and had the best of times. I paid for it by hanging onto the cough portion of that cold for over six weeks now. My husband does keep saying, I told you so. But see, he still has it too, so I say the same thing.