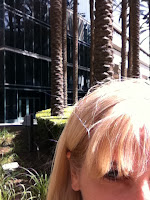 S. R. Karfelt
So how many last names do you have? Is there a story there? How is your name misspelled? Is it just a letter, or something more fun? And do you spell out your name whenever you have to say it? I like to say, “K as in knife…”.
at April 08, 2013