Nutrition and the Digestive System, eCornell Class—Trying to Figure Out Why Gluten is The Enemy 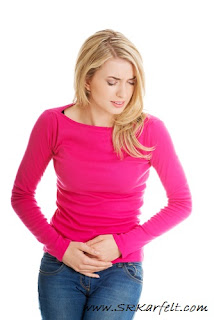 Someone asked me recently for tips on going Gluten-Free. In some ways it's easy for me. I've not once cheated and eaten gluten on purpose. No matter how tempting the cupcake or bread might be to someone, I see it as poison. I find flaming pain to be quite inspirational. 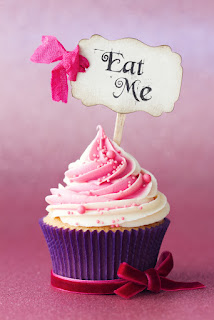 The reason I took eCornell's class on Nutrition and the Digestive System  is because I wondered how I could have such trouble with gluten when I'm not Celiac. It's an interesting class. We covered the following:

There's a lot to the class but Gluten and Celiac are covered along with Proteins, Gastric Emptying, Dietary Fiber, and the Geometry of the Small Intestine/and Structure. Inside the small intestine are structures called Villi that absorb nutrients. If you are Celiac, gluten causes intestinal collapse and your villi retracts (for lack of a better word).
It's a fascinating class and I'd like to eventually take all the classes in this series. There was no real answer to why gluten causes me to develop Interstitial Cystitis. I had to assume gluten causes inflammation for me everywhere and maybe it's worse in certain systems. I have Sjogren's Syndrome which is why I'd decided to try giving up gluten in the first place. It took me some time to figure out what all had gluten in it, but within a week of figuring that out and quitting it I never had another bladder spasm.
My Urologist was rather amazed and I may have been among the first to graduate from ever having to see her again.
The difficulty in eating gluten-free is real. Gluten is hidden in most everything. Once I got "glutened" by chewing gum. Another time by mints. Cough drops. Dried fruit. Salad Dressing. Chocolate. Those were times when a gluten containing ingredient was hidden or overlooked. Apparently dried fruit can sometimes involve flour in processing. Malt and barley derivatives hide in ingredient lists and they're gluten. So quitting gluten is more of a process as you learn to avoid it and difficult to do perfectly from day one, or to do for only a few days to see if it makes you feel better.
One thing I have learned even before this class, there's no bread or cupcake worth flaming pain. One thing I learned after this class? I'm not going to solve "gluten-sensitivity" as so many medical professionals call it (as though it'll cause a wee tummy ache or possibly a few hives), but I can avoid it and that really works beautifully for me.