Time Travel and Screenplays—Life in the Days of COVID-19 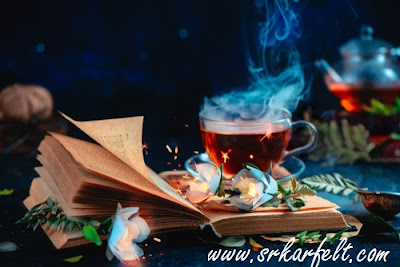 
The Lake House is on Netflix. It's the one with Keanu Reeves and Sandra Bullock. I like to rewatch time travel movies. Trying to keep the story straight is like doing a Sudoku puzzle. It shouldn't be that hard, but neither should daylight savings time.

Usually we're only talking about two timelines. In The Lake House I have trouble following. Wait, she's from the future. Follow. Kate's from the future. *ten minutes later* Hold up! If Kate is from the future by two years and Alex is from two years ago and they share the same dog how does that work? And why are Kate's doctor co-worker friend with the Dutch accent, and her mother with the Israeli accent so easy for me to mix up? The first time I saw it I thought it was the same person and I was so confused.

The thing about time travel movies is some focus on the how and some like The Lake House go for a cause and effect situation. This happened. Is it the mailbox or the magic dog? Don't ask questions. Focus. The doctor friend has great hair, the mom has great lines. Pay attention. After The Lake House I had to watch About Time for the umpteenth time. The time travel isn't fancy. It's dark closet, close eyes, clench fists and voila. That movie is about what you DO with the ability, not HOW it works, or even whatever The Lake House is about. Plant more trees?

My favorite time travel movie is the Terminator. All that action totally wins time travel movies. T2 and Arnold's whole, "Come with me if you want to live," in the psychiatric hospital with Sarah Connor and young John Connor, is stellar. I never have trouble following those time changes and updates but throw in the dog paw prints in The Lake House and I'm all, okay so her dog from the future goes to the past and walks through the paint. No, her dog from the past goes to the future and his paw prints match the old paint ones?

Is the mailbox a wormhole?


It must be. They never get any mail other than from each other and people still sent mail in 2004 and 2006. I know. I was there. I pay more attention to movie screenplays now that I've been writing them. Screenplays are mostly action and dialogue. They're fun to write but you have to plan them carefully. By nature I'm a pantser. A story idea hits me and I open a new document and start writing. It unfolds in some ways for me as if I'm reading it. I love first drafting a novel.

A few drafts in I want to set fire to it but I'm stubborn enough to keep at it and change things that aren't working. Many writers write a plot outline first. I've done that. The problem is I don't follow them. I like to be surprised and there's a school of thought that if the writer knows what's going to happen as she writes that the reader will know too.

Let's not get into that argument. I figure write the way it works for you. It's your baby.


Screenplays are much shorter than a book. Pretty much every action and word is forwarding the story in some way. Books are supposed to be like that mostly. The difference being they're fluffier. There's juxtaposition. Thoughts. Philosophies. Description. You can have some of those things in a screenplay but they must be lean and purposeful right out of the gate and there isn't enough ROOM to show everything the book says.

I don't get the same meeting of the minds in a movie like I do in a book. There's a voice in a book that's absent in a movie. An author cozies up with you. When it's done right you don't even notice the voice in your ear. That meeting of minds is absent in a movie. It's possible I am missing it. I do get stuck contemplating the dog, the mailbox, and occasionally mixing up actors. I still like The Lake House. I'll bet that screenplay was written by a pantser. I see vast creativity weaving through it that an outline would abhor.


If we were to talk favorite time travel books, I'd lean toward Audrey Niffenegger's The Time Traveler's Wife. NOT the movie. The book. There's a huge difference. The only thing they didn't change was the title. The book is gritty and punk rock. The movie is practically Hallmark. I say that but I've watched it and enjoyed it several times. It's simply not in the same league or category as the book.

I get why books change when they're made into movies now that I'm writing screenplays. They're being translated and things are lost in translation. Readers go to movies and whine about what is different and missing in the book to screen adaptation. I see why that's inevitable. You're showing showing showing in a movie. In a book you are transmitting feelings with far more words and abstract thoughts than you can use in a movie. Inner monologue is completely gone.

In a movie or television show someone is putting out vast amounts of money that has to be recouped on. Financiers expect a return on their investment. There are more cooks in the kitchen tasked with making that happen. As I see it movies are made for market. Books are secrets, whispers, and revelations. There's older, deeper magic there.