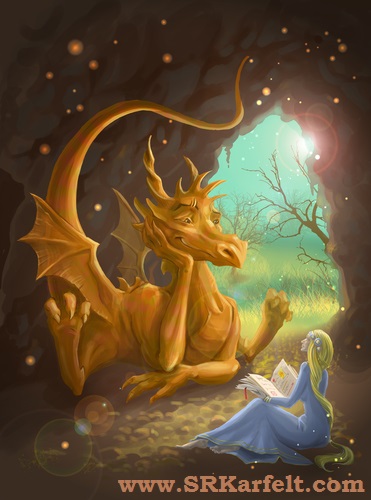 Elle Katharine White joins us in The Glitter Globe today to share exciting news. Her second book in the Heartstone series releases November 20th. (The first in the series, Heartstone, is a sort of Pride and Prejudice with dragons.) The story continues with the happy couple Aliza Bentaine and Alastair Daired, NOT Elizabeth Bennet and Fitzwilliam Darcy. 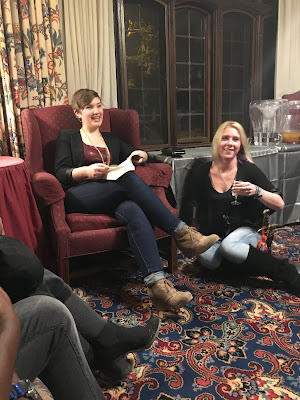 This is a story I've been looking forward to reading. I lucked in to an early version of the novel and the story just gets better. Elle writes adventure and dragons so you won't soon forget them. If you haven't yet had the opportunity to read Elle, you're in for a treat!

Elle, thanks to some insider information I happen to know that you really do martial arts and sword fighting. How has that helped your writing?

I do! I've been studying Japanese swordsmanship (swordswomanship?) for about a year. And boy oh boy, it's been quite the adventure. Before this I never fully appreciated how many muscles are in the arm, or how they work together, or all the hundred little ways they can hurt. Training with the sword has given me a new understanding of human kinetics and the kind of effort it takes to achieve any level of competence with a weapon. (Spoiler: It's a lot. The answer is a lot.)

So those heroes who pick up that legendary sword and master a martial art in one long weekend? That's not how it works. Natural talent is great, but it's no replacement for hard work, discipline, and practice. I wrote a scene in Dragonshadow in which one character, who has very little experience with weapons, receives a brief training session from her husband, who's been studying swordplay his whole life. And she's terrible. Really, truly, hilariously bad. It was so much fun turning that trope on its head. 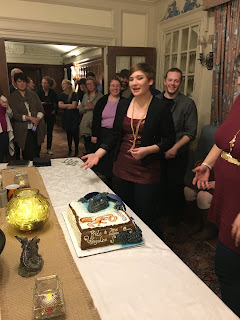 It's been a whirlwind year since your first book released. What is the most exciting thing that has happened to you since the release of your first novel?

Two things: Realizing that Alastair and Aliza's story wasn't going to end with Heartstone, and overcoming the most painful spell of writer's block I've ever had. Pride and Prejudice is one of my favorite stories of all time, and I loved re-imagining it in a fantasy world. Once that world was established, though, I wanted to explore more of it, and the structure I'd set for the retelling wouldn't let me do that. Dragonshadow and its sequel allowed me to branch out, and that was so much fun.

Fun—until writer's block struck. For ten solid months I couldn't write a thing. It was painful. Paralyzing. Scary. And it didn't end in a day. Writing, just like swordsmanship, is both an art and a craft, and like any craft you have to practice it. Falling out of the habit means a lot of hard work and discipline to get back into it. I'm still not totally free of writer's block, but I was able to finish the third book in the Heartstone saga in spite of it, and that felt incredible. 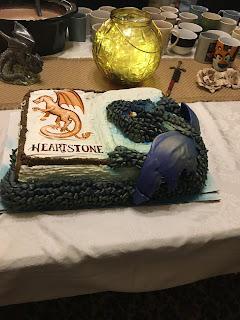 What does a writing day look like for you?

Willingly or unwillingly, my day usually starts around 4:45am with a trip to the gym, where the plot bunnies and character rabbits and other literary woodland creatures start running sleepy circles inside my head. Then it's breakfast, an hour or so of writing (or sometimes staring blankly at the screen in despair) until I have to go to work. After work I try to snatch another hour or two of writing before passing out. A 500+ word day is a good day.

Your bio mentions your yearning to travel the world. What are your top three picks, and why?

Goodness gracious, where to begin? First: Kyoto, Japan, and for so many reasons. The cuisine, the culture, the language, the scenery, everything. Second: Zermatt, Switzerland. I'd like to see the sunset on the Matterhorn sometime before I die. Third: The Outer Hebrides, UK. Something about the wildness, the coldness, the sheer inhospitableness of it . . . I don't know why, but that draws me.

If you had to pick somewhere on earth where this dragon world might fit, where would it be?

Hm. Since Heartstone was based on Pride and Prejudice, I built my maps of Arle with Great Britain in mind. I'd have to go with that. A storm-tossed island in the middle of the North Atlantic.

You're a tea drinker. What kind and is it going to be loose leaf or in a bag? And what kind of teacup or mug would we see sitting on your desk?

I drink absurd amounts of tea, it's true. Lapsang souchong is my favorite, and you've got to brew that loose leaf. One of my favorite mugs is large, earthenware, and has a rather splendid dragon sprawled across the side. It's the perfect writing companion.

Is there anything else you'd like to tell us about Dragonshadow?

Dragonshadow picks up where the first book left off, but for those of you expecting another Jane Austen retelling, beware! You're in for a wholly original tale. It's darker, grittier, the stakes are higher, and as Aliza soon discovers, the road to happily ever after is longer and more dangerous than she could possibly imagine.

Thanks for having me on The Glitter Globe! 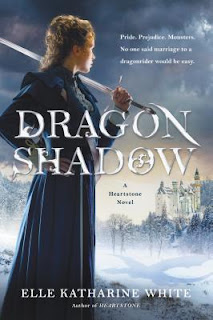 The Greater Lindworm is dead, its monstrous armies have
fled, and the Battle of North Fields is over—or at least that’s what Aliza Bentaine, now a Daired, fervently wants to believe.

With memories of the blood-soaked battleground behind them, she and Alastair are happy to escape the aftermath within the walls of the Daired family fortress, safe from the Tekari bent on destroying them. There, gods willing, they can begin to enjoy their well earned happily ever after.

Unfortunately, the gods have other plans. Rumors are spreading of a new monster creeping across Arle, something leaving the mutilated bodies of both humans and Oldkind creatures in its wake. When the plea for aid arrives from the remote Castle Selwyn on the northern border of the kingdom, Alastair and his dragon Akarra prepare once more for the hunt.

And if Aliza has anything to say about it, they won’t be hunting alone.

Torn between the world she was born to and the high calling of the Riders, Aliza nevertheless refuses to stay at House Pendragon, determined to do her part to protect those she loves. But their journey through the Old Wilds proves more perilous than she can imagine, for she is not the only one following her husband north. Shadowing the Daireds is an ancient evil, a harbinger of a threat of which the Worm was only a foretaste, and all too soon Aliza realizes the terrible truth. The Battle of North Fields may be over, but the real war is just beginning. 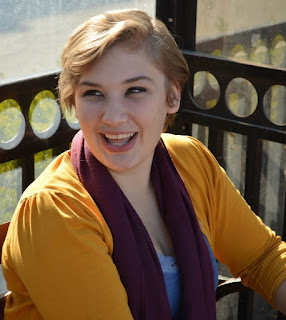 A textbook introvert who likes to throw out the textbook every once in a while just to see what happens. Elle grew up in Buffalo, NY, where she learned valuable life skills like how to clear a snowy driveway in under twenty minutes and how to cheer for the perennial underdog. When she’s not writing, she spends her time drinking tea, loitering in libraries and secondhand bookshops, and dreaming of world travel.