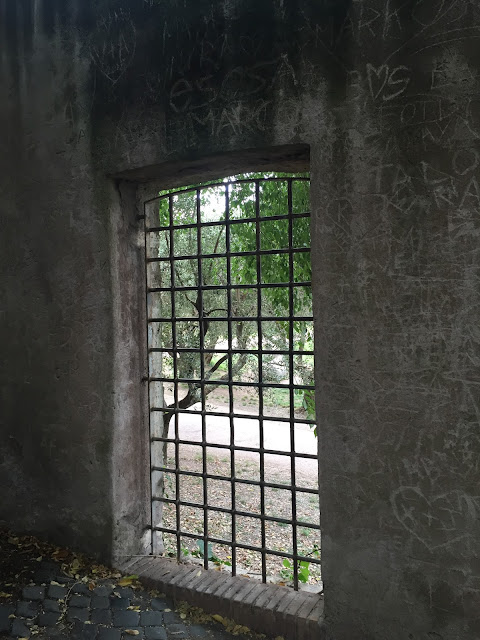 Facing eternity with a sociopath like Dorcas leaves me with low expectations when it comes to women. I don’t care if Poppy kicks my nut sack into my pelvis as long as she keeps kissing me. I’m as alive as she is for a moment.
“Jack,” she whispers.
“Drake.”
“No! Is Jack okay?” She bites my lip then kisses it. “I am the worst friend!”
“More than he deserves and he’ll be fine.”
“Seriously. Stop.” She pulls her lips from mine. “We need to help him.”
“He got up and left.”
The glamor usually works. Not this time.

“You’re such a weirdo,” Poppy says, hopping off the table.
Dorcas is still in the sanctuary slobbering over the statues of our twins. If I drag Jack out there she’ll probably have another go at him. There’s no telling what she’d do to Poppy. Not that she minds what I do to Poppy. It’s if she thinks I like her that the trouble starts.
I set Jack on the sofa. “He needs to sleep.”
“You don’t sleep off a concussion.”
I check his pulse. It’s slow. “He’ll wake up in about four hours.”
“So, you’re a doctor?”
“Close. A vampire.”

“Funny.” I know she hears the truth in my words because Poppy shudders and glances toward the door.
“Don’t worry,” I go to the cabinet, “Vampires don’t drink blood.” I hold up a bottle of wine as proof. “We drink energy.”
She’s edging away.
“Please don’t run, Poppy. I won’t hurt you. Jack will be fine.”
“You’re nuts.”
Dorca’s screeching sounds from the other room. Poppy stops inching that way.
“Good call, because she is nuts.”
“I can freaking hear you, Drake! Do you think I’m goddamn deaf?” shouts Dorcas.
“Hell.” I move fast to lock the door.

Dorcas is faster. She’s stronger and mean as a snake. She slams against the door a split second before me.
“Shit!” I put my back against it.
“Shit,” Poppy mouths it, eyes wide with terror.
“Is there any water in here?” I whisper but Dorcas hears.
“Ya Zebbala,” she shrieks, ramming so hard puffs of dust rise off her and through the door.
“Water?” Poppy looks blank for just a second before darting to her pocketbook on the other side of the room and digging out a half-empty water bottle.
I nod, holding a finger to my lips.

The door is opening and closing hard and fast. I mime tossing water. It will take Dorcas months to recover. She’ll hunt Poppy, but if Dorcas gets through this door Poppy’s dead tonight.
Holding up three fingers I motion. One. Two. Three! Praying—yes, I pray for all the good it does me—I yank the door open.
Poppy shakes the water bottle in three long arcs and Dorcas’s scream cuts off as she falls unconscious, her mouth still open. Poppy steps closer and dumps the last of the water right into it.
“Damn,” we say together as steam sizzles out.

Hope you enjoyed another Vampire Wednesday installment with Poppy and Drake. Ya Zebbala means something along the lines of
you're garbage in Egyptian Arabic. I've been trying to learn some. It's good to strain your brain. Right? I'm having a lot of trouble with pronunciation so I'll be embarrassing myself regularly while in Egypt.

The above photo helps set the mood for the story. I took it a couple years ago in Rome on a road above The Forum. Travel is one of my favorite things to do. I'm in Egypt for a month or so, doing book research and hopefully putting another ten thousand photos on my phone. If you want to see some of my Egypt photos, I'm SRKarfelt on Instagram. I'll be posting whenever the WiFi is feeling benevolent.