In Defense of Twilight

This might hurt my career before it gets off the ground, but I’m gonna do it anyway. I don’t write YA (Young Adult), I don’t read it much either, but I like Twilight.

Anyone left? No one has to know. It’s just you and me now.

I’ve heard many of the arguments about why Twilight is bad. I’m not arguing any of the writing semantics. I’m talking about story at this moment – which is at the heart and soul of what we do. I adore literary. I read everything. I adore Austen and Dickens, and D. H. Lawrence, Sinclair Lewis, and Thomas Hardy amaze me.

Sometimes, though, I just want a story. Escape. A tale. Take me away. That can come in the form of Upton Sinclair or that can come in a far simpler format.

There are a lot of books, but they don’t all have that certain something. That je ne sais quoi. I am going to put this claim forth and stand by it: Twilight has je ne sais quoi.

Not that literary books don’t, obviously they do and then some. I’m not saying that Twilight is what I call a living book, meaning a book that takes root in you and becomes part of who you are. I was a Union soldier in the Civil War thanks to Stephen Crane. I will never get over the puppy on the battlefield – ever. Quo Vadis and Henryk Sienkiewicz wrecked me and everything I believed in when Nero ruled Rome.

My point being only that books don’t have to be literary to transport you, they simply have to do that transportation thing.

That is why I like Twilight – it has that THING. That is surely why it received the response it did. Stephenie Myer translated the gist of her dream onto the page and voila! For a good many readers it worked!

For me the best part of any story is the characters. So while Thomas Hardy’s writing is a masterpiece of art, and I am reverently awed by it I was never once pulled into his story so strongly that I WAS Tess.

I’m NOT saying that Twilight was better than Tess. You’re completely off track if you hear that. I’m talking about being sucked into a character – or a scene – or a moment in a book when reality truly ceases to be and you are THERE. And you like it.

If you can bring a character to life you’ve got me. Harry Potter owned me. It was pure story. I cried at the end of Rowling’s The Casual Vacancy – because I thought it was brilliant. But I didn’t want to be a single person in Pagford. That story had a whole different magic, and I didn’t see it until I got to the end and realized that I was staring into a mirror. Now that is magic. As a writer I was awed, and I pictured Rowling inside a gymnasium with thousands of little index cards surrounding her as she kept track of all her characters. (If she wrote that sitting in a café, please don’t tell me. The focus needed to write like that is just Olympian.)

Reading a sparkly vampire book was so not on my radar. Twilight was never on my reading list. The summer it was popular I took some girls camping. We were out in the middle of the woods in a camper, just me and dozens of teenage girls (or maybe it was two, it sounded like dozens). I woke up one night to a whispered conversation:

“But if you really loved him I mean REALLY loved him, would you let him drink your blood?”

The conversation went downhill from there. There was one aspect of blood and dating a vampire that Twilight wisely steered clear of. Suffice to say that the teenage girl readers did not. I laid there in the dark pretending like I was not hearing this. Then I read the book. And I liked it, a lot. The first book takes you there – to Forks – yes, to sparkly vamp-land, but isn’t that where you want to go in fiction? Away? Especially if you enjoy your time there? 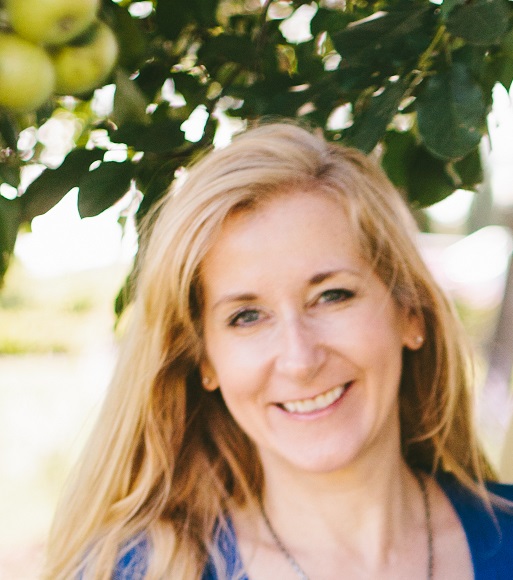 So have at it readers. I’m putting myself out there and admitting it. Keep in mind too, that I eat organic spinach smoothies every day for lunch accompanied by a couple squares of dark chocolate – and that salad and ice-cream is my favorite meal. This is the way I roll. How about you? Did you like Twilight? Why or why not? And what books have you enjoyed that might not have made the Top 100 Novels Everyone Must Read list?