For some time I've been tempted to blog about public restrooms. Is there an app for that? Actually there is. It's called Sit or Squat, and it's put out by Charmin. Kinda appropriate wouldn't you say? 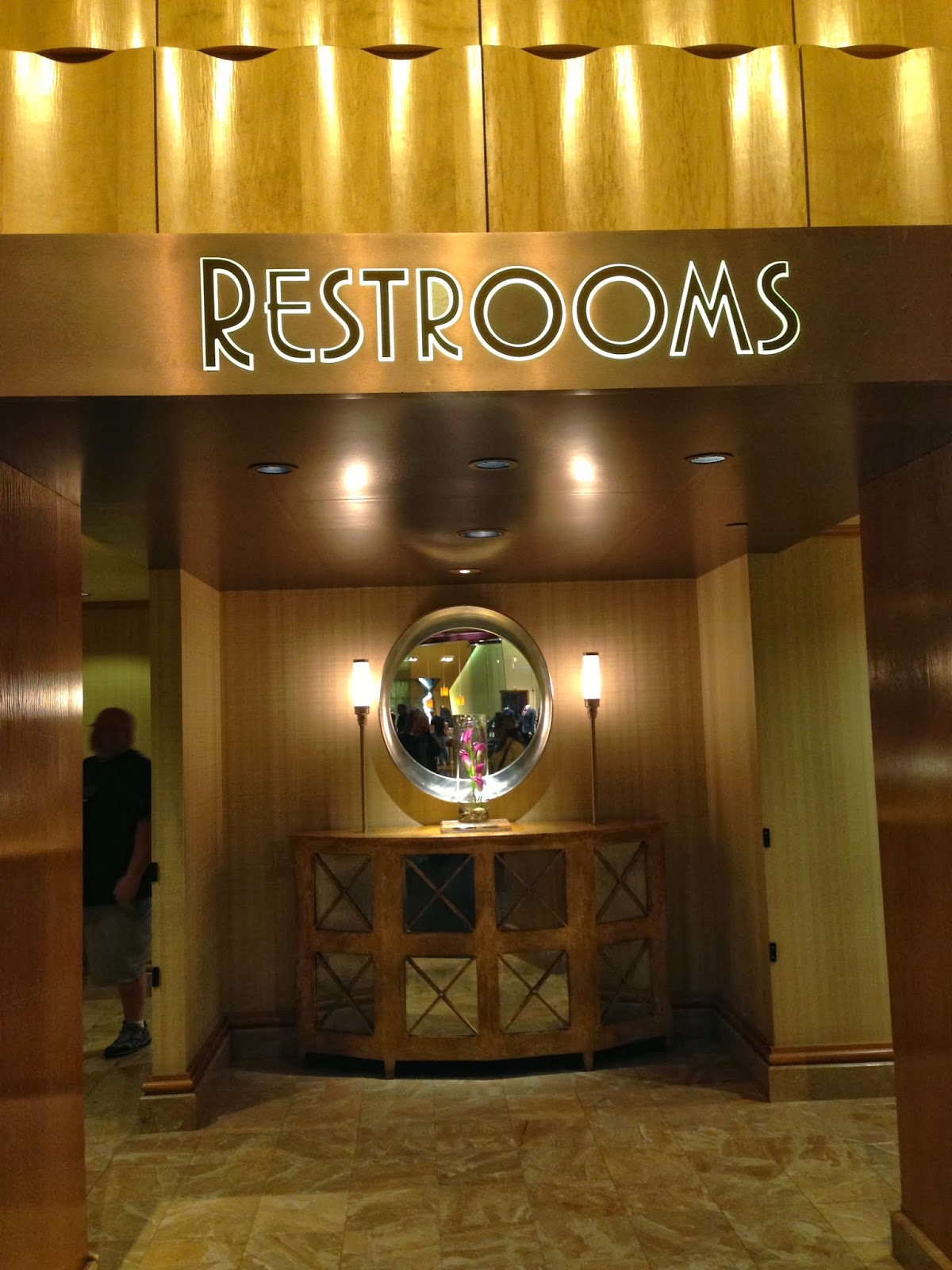 You just never know about public restrooms. You can't judge them by the outside. I know this because I have no standards when I've been drinking iced tea. I'll go inside any of them. The worst one I've ever been in is inside a supermarket near where I currently live. You'd never guess it would rank lower than any truck stop (they're usually pretty nice) or run down gas station by the way side (again, not normally too bad). I've actually seen small children leave that supermarket bathroom crying in terror. I don't shop there anymore.

The best thing about Charmin's app is you can rate restrooms as you go - so to speak. This is a terrific public service! You can check out reviews because you really can't judge a potty just because it's in a dodgy neighborhood or because it doesn't have modern plumbing. I've been in an Amish outhouse where there was a bank of toilets and it was very nice! Seriously. I almost dropped my phone down a portal too. It would have been gone forever despite the cleanliness. (Note to self: Stop putting phone in back pocket.)

Wish I'd discovered Charmin's app sooner. There's a restroom between Roswell and Carlsbad I'd have enjoyed trying to rate. It had nothing to do with the fact that it was about 130 degrees inside, that can't be helped in the desert. Neither can the "Warning: Rattlesnakes!" sign in the parking lot be blamed. What I'd like to know is, what's up with the three foot tall doors on the stalls?

Somewhere in Pennsylvania I discovered a McDonalds with a Ladies Room made of granite tile, with real flowers, and expensive antibacterial soaps. It does a hopping business too. The only reason I stop in a McDonalds - unless there is a whining child in my vehicle - is to use the restroom. Am I the only one? Who else has taken to using McDonalds as the new rest stop? There's coffee!

But the most amazing bathrooms I've ever been in are in Las Vegas. Vegas is the only city I've ever been in where the hotel rooms actually look like they do in the movies. They're big and beautiful and clean - and the bathrooms are huge, themed, and luxurious! At least the ones on the strip are. As a matter of fact, those bathrooms were about as nice as the rooms.


You cannot fathom how many of these potty pictures I now have on my phone. Suffice to say any of the big hotels/casinos have ridiculously posh Ladies Rooms. Though they all use fairly generic toilet paper, points off for that from a functional perspective, don't you think? I mean some of them had television monitors at each sink, but yucky potty paper. The Amish toilets have better paper, and theirs has to be biodegradable. Just saying.

Though I suppose any toilet paper is better than none. I've crossed the border before and there was no toilet paper on the other side. It's easy to forget when you're cruising luxury bathrooms, that paper is a commodity and not affordable or available everywhere.

I resisted adding Bellagio's spa to my pictures here. Their ladies room had everything from blow dryers to hair pins, deodorant, and juice. I was there for hours. Oh, like you wouldn't have? There was a Jacuzzi and a Eucalyptus steam room too. Sheesh, I don't even gamble and I like to go to Vegas. I think it's like wandering into Ancient Rome from the Serengeti. You look around and say, "Now that's cool, but I'll be going back to the real world now."

Once you're back in the real world you realize you don't need a designer bathroom, and a clean one is all the luxury you really need. As you go about doing your own business, will you join me in my investigative potty reporting on the Charmin App? Whoever is in charge of cleaning the bathrooms in this house better get to work, because if I rated you tonight it would NOT be good. Whose job is that anyway?