AKA Things to do Instead of Editing

·         Today I paid someone $35 to stick lit candles in my ears.
o   Not my proudest moment, but I still say unless you’ve lived with chronic vertigo since April 26, 2001, shut it.
o   Dear Hubby went on about the Laws of Physics and vacuums and blah blah blah, whatever, so not listening.
o   Might try acupuncture next. Will let you know if needles in the face trumps fire in the ears.

·         I hate coffee but love the way it smells. I adore little indie coffee shops, you can read there. Sometimes I stand at the counter and read the menu while debating what I can get that smells like coffee, but doesn’t taste like coffee. Sometimes I pay $4 for a cup of milk with a whiff of coffee in it.

·         My second novel is written. The next step is to rewrite one scene from another point of view, edit, and send it off to my beta readers. So far I’ve cleaned every room in my house. Organized closets. Caught up on my Victorian Literature reading. (Thomas Hardy, brilliant.) Balanced my checkbook. BALANCED MY CHECKBOOK. Did the ear candle thing. And went to the MALL. And it’s not even Christmas.

·         At the maul I used all my coupons for free stuff. I save them until I have a pile. Spent forty-five minutes in Bath and BodyWorks sniffing mini-candles before picking my freebie. That company employs marketing geniuses. They sent me a box of free brownies when I ordered face cream. Life can’t get any better than that. #FreeBrownies

·         Okay, fine, it wasn’t my great-grandmother’s, but sometimes there are perfectly logical explanations for things. There wasn’t room on the outside of the box for long explanations about gag gifts or the remnants of a Lorena Bobbit Halloween costume someone once wore to my house. It’s not like I could give that stuff to The Salvation Army, and the re-gifting opportunities were priceless.

·         Oh, like your friends aren’t the kind of people who would dress the stone pig in your front yard in trashy lingerie?

·         Sometimes I drive really far to an upscale supermarket. I buy things like cheese with truffle in it, starfruit, and seriously debate what exactly I would do with a live eel if I were to purchase it. I mean I do have a key to Zeus’s apartment. Bathtub or toilet, bathtub or toilet? 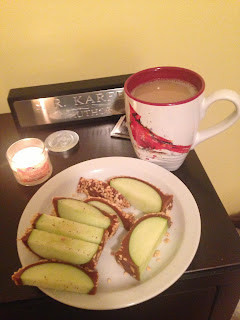 You don’t need to notify PETA, I left the eels in the Seafood Department to be humanely eaten. You gotta admit that was an excellent visual. Tomorrow though, I will buckle down to editing. It’s that or cleaning off my desktop. Pretty sure that the edits will win that one. What do you do when you’re avoiding a job? Any consumer confessions of your own?