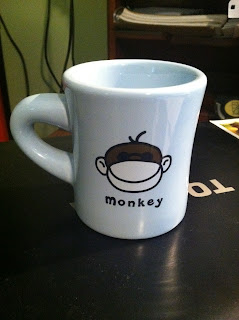 There is a bridge out near Spooky Hill. A cryptic detour routes you through a scenic, mostly one lane road, with car-swallowing ditches on the sides. Today I played chicken with a FedEx truck. You don’t want to do that. I didn’t want to do that, but it is wooded and I was going downhill. By the time the truck came into view, all I could do was pray. The detour makes Spooky Hill even more difficult to find. Turn right by the missing bridge, left past the horse farm, and drive through the woods until you hear banjo music - then turn left on Beers Road. Hopefully you have a GPS because there are no street signs on Beers Road. I have a theory about why, and it involves a sneaking suspicion that a big ‘BEERS’ sign might be considered art in a college dorm.
Once I lived on a road where speed bumps were installed by the local homeowners association. One of the residents took it upon himself to order signs warning drivers of the under-carriage scraping bumps. Next thing you knew there were big blue signs installed along the road that said HUMP. Yep, those disappeared by the first Wednesday. The guy who ordered them was perplexed, God love him, “Why do they keep swiping my HUMP signs?”  No one was going to take that on, but they were soon replaced with BUMP signs – apparently not as popular in college dorms.

Back when Spooky Hill was being haunted by the Evil Contractor (Link to Evil Contractor posts here: When Pigs Backfire and Pirate Attack) somebody had the audacity to refer to it as Hell Hill. That was a bit of an exaggeration, purgatory perhaps, but certainly not hell. Admittedly Evil Contractor and his minions had a frightening effect on the residents of Spooky Hill, warping their sense of humor – perhaps permanently. So a Hell Hill sign was promptly ordered and custom made. At the very next neighborhood gathering, the sign was hung over the Spooky Hill road sign, and we all had a collective laugh about it. That night after I tucked the kids into bed, I asked Dear Hubby if the sign had been taken down. Unsure, he shrugged and promised to check in the morning. It didn’t seem an issue, who comes to Spooky Hill at night anyway?  You probably have as much chance of stumbling upon El Dorado in the dark. So no worries, right?
Dude. We want our sign back.
***

In celebration of another October on Spooky Hill I’m giving away Bertie Bott’s Every Flavour Beans!*  Now if these candies were to contain a flavor of my choice, it would be Poppyseed – and my idea of a nasty flavor would definitely be Pig’s Feet – which my Bohemian Gram used to make to terrify the Grandchildren into submission.
Today the Bertie Bott’s Every Flavour Beans are an easy win. Based on your own life, what flavor would you like to see included?  And based on your own childhood, what flavor would be your own personal nightmare?  I’m planning to give away five boxes, so post away.
Of course the Epic Slinky Dog giveaway continues too. Be sure to follow my blog -à over there and leave a comment if you want a chance to win a Slinky Dog. For every five new followers, I draw a random name from the comments section. How easy is that?

*British spelling for my Beta.