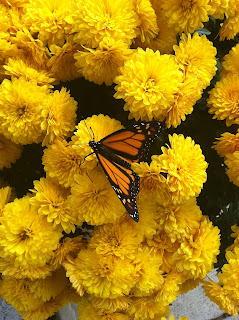 Once Zeus had a pet snake named Houdini. At least that was the name he eventually earned, being as he escaped and roamed the house at will. In an effort to keep the snake confined, Zeus duct taped the lid on Houdini’s cage. Returning home afterwards, Zeus discovered his snake wrapped in duct tape and dangling dejectedly from the roof of his cage. Since I tend to brake for butterflies, Zeus considers me an animal lover. So he brought me his duct taped snake, as though I’d know what to do about it. Though the man is a big, tough giant and all, I could tell he was attached to this two foot reptile and resisted the urge to put it in an airtight bag and toss it into the trash while I could. I called the vet. The Vet laughed really hard, and repeated the story several times to coworkers. I kept the phone tight against my ear, so Zeus wouldn’t hear them laughing. It isn’t a good idea to laugh at a giant over his pet snake. And that is how I ended up wedged in a tiny bathroom with a giant, soaking a duct taped snake in a sink full of warm water. As the Vet predicted, Houdini was more than a little ill-tempered about having duct tape peeled off his body. He lost quite a few scales in the process, but Zeus kept a firm grip on his head as I worked. Perhaps you’re apathetic about Houdini’s fate, or perhaps you’ll be happy to know he lived – though he was forevermore a few scales short.﻿

Photo Credit:  Arthur's Free Snake ClipArt
﻿
People are odd about their pets, aren’t they?  I’d like to think it bodes well for our species that we can love even the sorriest, most unlovable creatures so fiercely. Surely you know someone who has a cat or dog that is anything but worthy – but that is pampered and loved inexplicably. My BFF had a cat once, I forget its name. Let’s call it Humper, because that is what that cat did. It specifically liked to have at it with anything that belonged to BFF. Her hats, slippers, pillow, etc. It was a big, fat, white thing that pretty much shed and made love to BFF’s belongings. Oh, it slept in her dresser drawer and ate on her kitchen table too. When Humper went to the great dresser drawer in the sky, he was in the process of jumping off the kitchen table after eating. He ate – alive – and landed – well, dead. BFF told me about this over the phone. Though I clamped my hand over my mouth as fast as I could, she heard the inappropriate laugh that escaped. Let me just take this opportunity to apologize to my BFF again for my demented sense of humor. (Normally she appreciates it, but everyone has their limits.)  It wasn’t funny that the cat died – it was just the visual that got to me.
Clyde T. Brown is an East Texas cowboy, chaws tobacco, drives enormous gas guzzling vehicles, and in all the time that I’ve known him I have understood about 10% of anything he said due to the plug in his mouth and his accent. Clyde also has a pile of teeny dogs that look like mops. Am not sure how many there are, they move a lot and are hard to count. When Clyde goes anywhere, he takes the horde with him. I ran into him in a parking lot once, and he put an arm out the window to gesture towards something. I gasped in horror. It looked as though he’d almost lost the appendage to a shark attack. Since there are hardly any sharks in Texas, I asked what happened. Couldn’t really understand much of the answer, but apparently the horde had turned on him when he was feeding them. For me that is a deal breaker, but I’ve never had a pet horde. 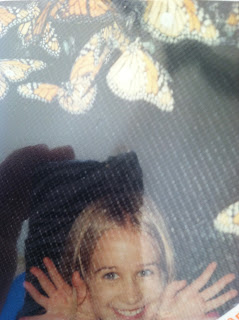 Unless you count the butterflies, (but they were more of a scientific study to my way of thinking) wherever I’ve lived in North America I raised Monarch Butterflies. Thousands of them. It started as a Kindergarten project, and eventually morphed into a migration tagging project through The University of Kansas ( http://www.monarchwatch.org/ ). I won’t give you the dissertation on what can be learned studying the insects, but I will tell you that my family cringes when they see milkweed, and my daughter has never recovered from the summer of exploding chrysalis’s. A few gross of butterflies can endear you to your neighbors, they tend to hang around once you release them – so there were usually butterflies around our house. But a few gross of caterpillars can have quite the opposite effect, especially if your neighbors stop by during litter box cleaning hours.

Photo Credit:  Stephanie Karfelt
﻿
Have you or someone you know ever loved an unlovable pet?  Your Mother’s Doberman that once ate an entire Thanksgiving turkey?  The Rat-Terrier that once ate your Easter basket?  A pet mouse that escaped and ate a curtain?  How about those guppies that teach young children that some parents do eat their young?  What is the best or worst pet story you have?
at November 04, 2013